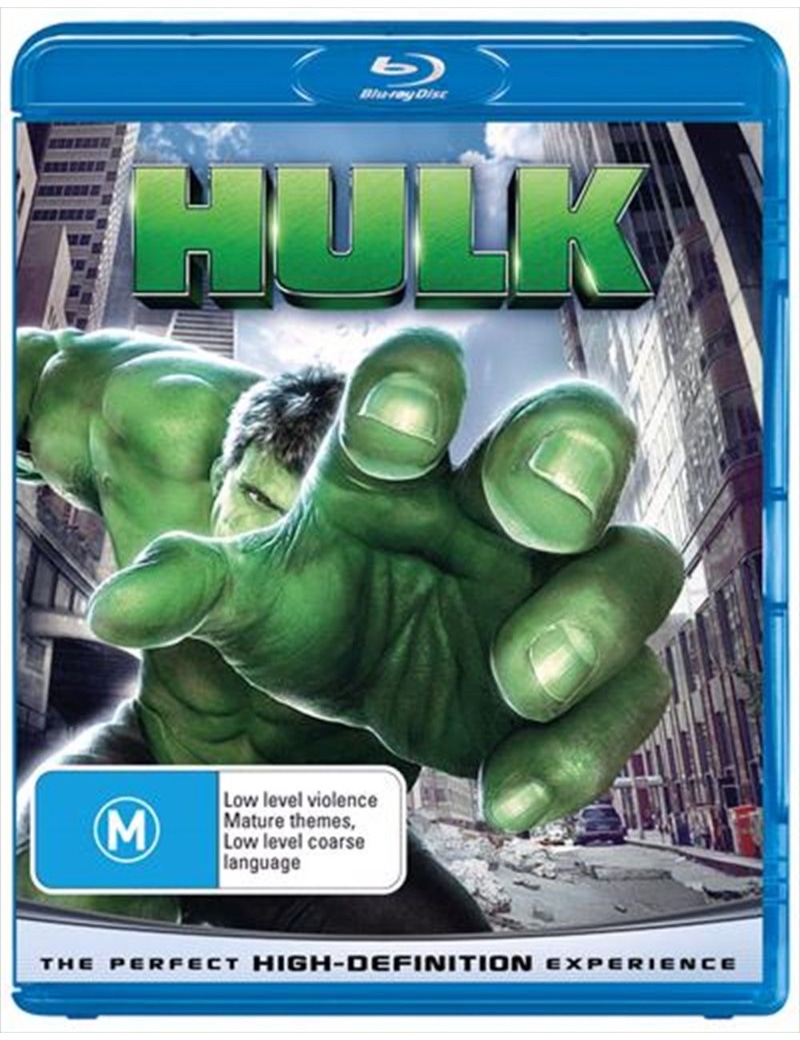 4 interest free payments of $4.00
No refunds for Change of Mind for this item provided by third-party sellers

Scientist Bruce Banner (Eric Bana) has, to put it mildly, anger management issues. His quiet life as a brilliant researcher working with cutting edge genetic technology conceals a nearly forgotten and painful past. His ex-girlfriend and fellow researcher, Betty Ross (Jennifer Connelly), has grown tired of Bruce's cordoned off emotional terrain and resigns herself to remaining an interested onlooker to his quiet life - until a simple oversight in the lab leads to an explosive situation in which Bruce heroically saves a life by absorbing a normally deadly dose of gamma radiation.

Believing himself to have emerged from the accident unscathed, Bruce can't deny he's experiencing some strange side effects- - ncluding blackouts and the feeling that there is some kind of strange and dark, yet attractive, presence within him. All the while an impossibly strong, rampaging creature, who comes to be known as the Hulk, continues its sporadic appearances, cutting a swath of destruction in his wake. But Betty Ross has her theories, she knows the shadowy figure lurking in the background, Bruce's father David (Nick Nolte), is somehow connected. She may be the only one who understands the link between the scientist and the Hulk, but her efforts may be too late to save both man and creature.