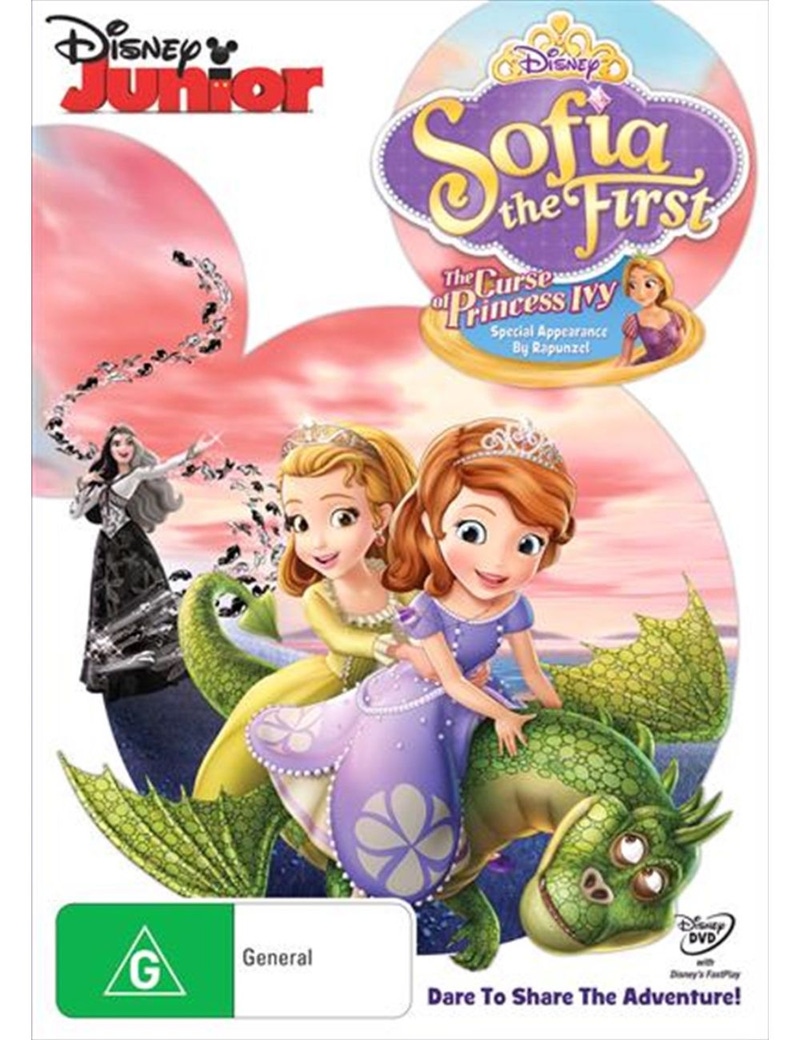 Sofia The First - The Curse Of The Princess Ivy DVD

After learning that the Amulet of Avalor is magical, Amber snatches it while Sofia is sleeping. Unfortunately, she unwittingly unleashes a curse that summons evil Princess Ivy, who threatens to destroy the amulet, seize the crown and turn the entire kingdom black-and-white! Amber and Sofia soar through the skies on a flying dragon - aided by special guest Rapunzel - as they embark on a daring quest to defeat Ivy, break the curse and save Enchancia.