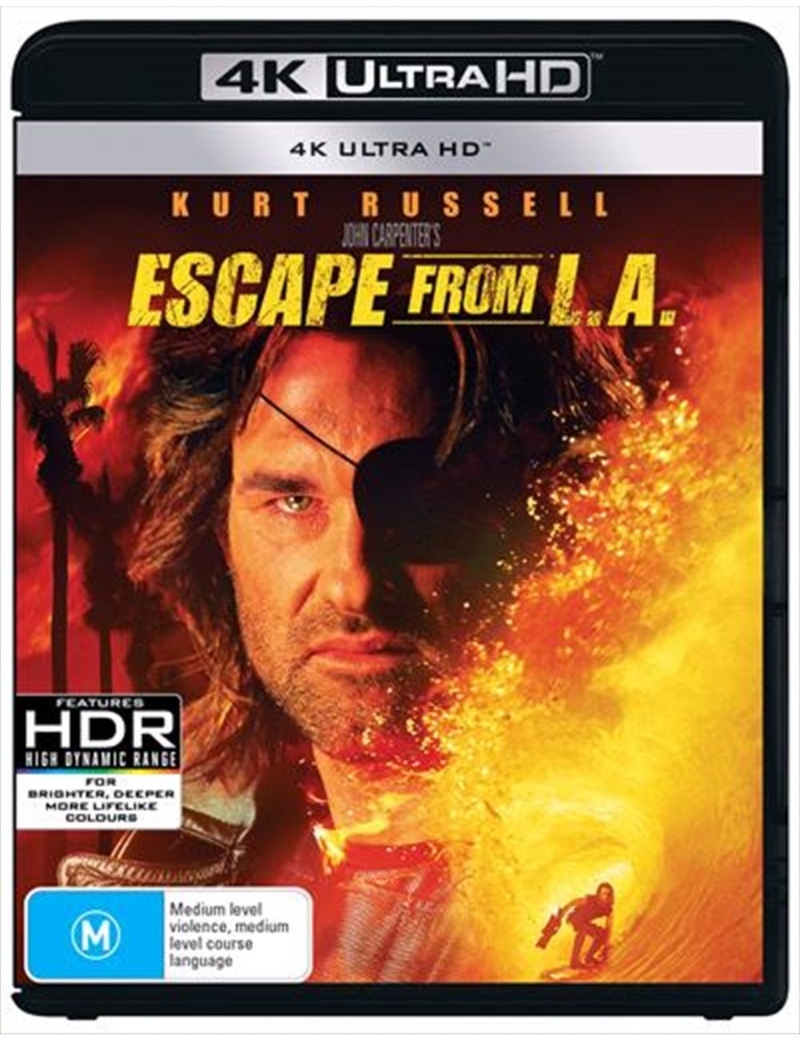 4 interest free payments of $10.11
No refunds for Change of Mind for this item provided by third-party sellers

The man with the patch is back. Call him Snake. Kurt Russell rejoins filmmakers John Carpenter and Debra Hill to do to the Big Orange what they did to the Big Apple in Escape From New York - with even more futuristic thrills and slam-bang action!Into the 9.6-quaked Los Angeles of 2013 comes Snake Plissken (Russell). His job: wade through L.A.'s ruined landmarks to retrieve a doomsday device. Don't miss the excitement as Snake surfs Wilshire Blvd., shoots hoops at the Coliseum, dive bombs the Happy Kingdom theme park, and mixes it up with a wild assortment of friends, fiends and foes (Stacy Keach, Steve Buscemi, Peter Fonda, George Corraface, Cliff Robertson, Pam Grier and more). Escape From L.A. is a "go-for-broke action extravaganza!" (Roger Ebert, Chicago Sun-Times).