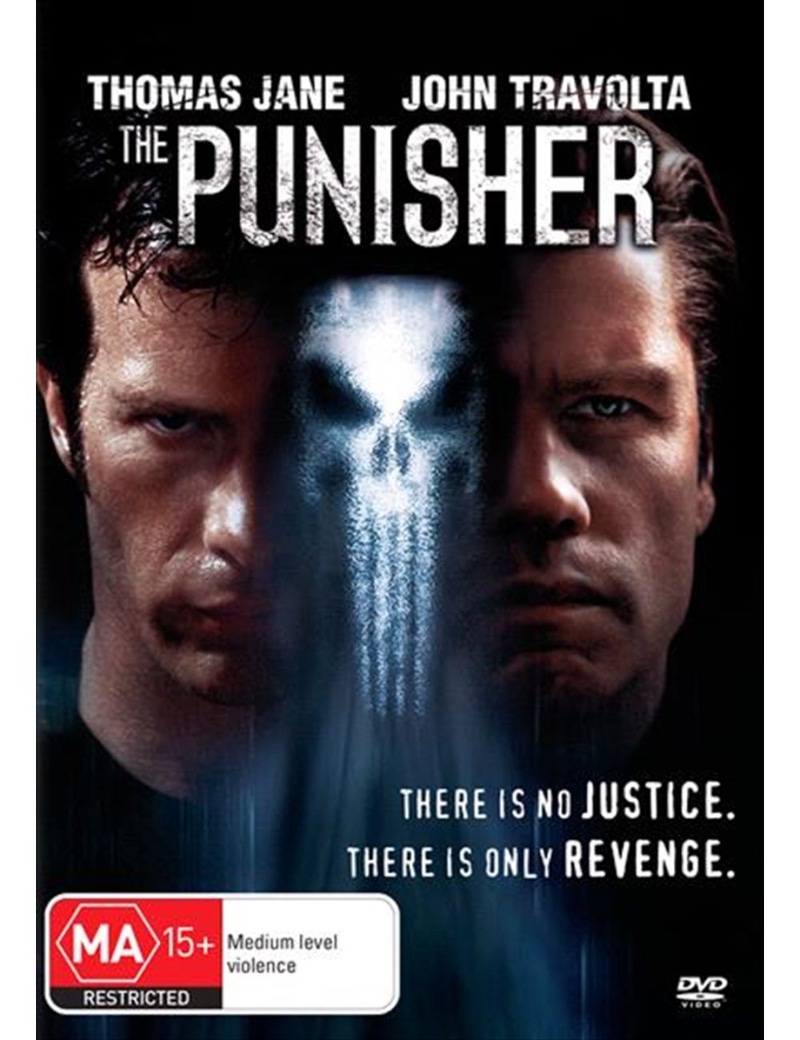 4 interest free payments of $4.00
No refunds for Change of Mind for this item provided by third-party sellers

There is no Justice. There is only Revenge.

Rising star TOM JANE and superstar JOHN TRAVOLTA go head-to-head in the all-action blockbuster THE PUNISHER. Jane plays Frank Castle, an FBI agent whose family is brutally murdered in retaliation when an undercover operation goes wrong. Surviving the attack, Castle remakes himself as The Punisher a heavily armed, one-man killing machine who will not stop until sadistic crime boss Howard Saint (Travolta) has been brought downand his family has been avenged. As one man becomes judge, jury and executioner in this hard-hitting adaptation of the legendary Marvel Comic, THE PUNISHER delivers blistering action and all the big-screen excitement youre looking for.